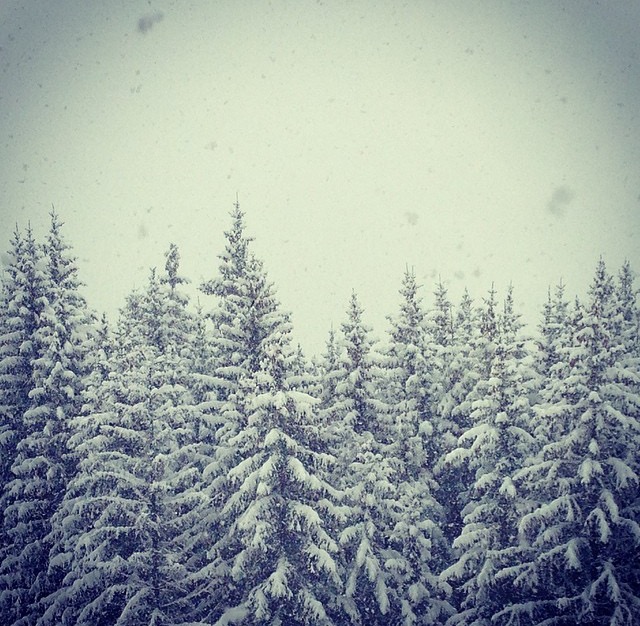 When I left school, I took a gap year intending to work eventually on yachts. I went to Cowes for my training & had three jobs gaining the experience & savings I needed. My intention was to travel on yachts whilst saving all my wages for studying at King’s College London, which I had secured a place at for the following September.

However, what actually ended up happening, was I was offered a job in Courchevel 1850, which is a millionaire ski resort at the top of the French Alps. I had been found via a website I advertised for yacht jobs on & got a phone-call around 10pm on the 12th of February & was told I needed to decide immediately & be there for the 14th. I froze, unsure what to say, before I heard myself agreeing. I went downstairs & said to my dad,

“I’m moving to France the day after tomorrow.”

I then had only the next day to inform 3 employers I was leaving, see all my relatives, say goodbye to my friends, buy necessary clothing & supplies, pack as well as organise my flights & transport. Before I knew it, I was waving goodbye to my dad as I walked through airport gates. I thought that sitting alone with a one-way ticket into the snowy unknown,

a place I had never been & knew absolutely nobody, might make me begin to panic. But somehow, I was completely calm (if only I could be the same during exam stress). Despite the hectic & last-minute nature, I felt confident I had made the right decision & must have made internal peace with my fears, as they didn’t appear to be troubling me.

I was picked up the airport in Geneva by the chauffeur, Ben, & drove towards my new home in Courchevel. We went winding & winding & winding up the mountain getting higher & higher & closer to the colossal winter blanket. I stepped

out  of the car, feeling my feet crunch deep into thick snow beneath me & gazed in awe at the (deceptively massive), wooden chalet which was outlined in lights & sat so comfortably within the oasis of snow.

The ski resort was very ‘posh’. Courchevel 1850 meant quite literally how high it is – the higher resort the more expensive it is & wow was 1850 expensive. Even simple things like toiletries were extortionate to the point where my family sent me a big package of them from home to help me save money. The chalet I worked in was six star ultimate luxury. There were 10 of us altogether. Myself, another housekeeper, two service girls & a masseuse lived on the bottom of the five-floor chalet. We had little bedrooms with bunk-beds & storage but due to odd numbers, I was lucky enough to get a room to myself. The chauffeur, two chefs, our manager & his wife who was the head housekeeper (as well as their 3 year old daughter), lived in the separate ‘staff chalet’ further down the mountain.

My role was housekeeping which meant every aesthetic aspect of the chalet was mine & the other housekeeper’s responsibility (as well as the head housekeeper). We got up before the guests to start tidying the main rooms then do their bedrooms when they went to breakfast & carried on whilst they went out (presumably skiing). After the chalet was sorted, we went to the apartment also owned by the company which gets cleaned and tidied daily. There were also two more apartments, which operated on a weekly basis so we always had an extra place to do on a Monday and another every Thursday.

We also had all the laundry to do (which took forever – every pillow case & tea towel has to be ironed by hand), but we sometimes got a couple of hours to spare after the apartments were finished. During my first week, the other housekeeper took me into the snow-immersed town where we had a hot chocolate in a lovely cafe to warm up – the snow just didn’t stop falling!

In the evening, when the guests went to dinner, we would turn down the rooms and tidy everywhere up again, putting back any clothes we’d laundered for them. We also packed & unpacked for guests when they arrive & leave as well as re-folding & hanging their clothes every morning & evening. I’ve usually finished around 9.30ish at night, depending on the clients (we could start as early as 6 & have finished as late as midnight).

The upside was that we got all our meals from the chef which was some lovely food. We also have a fully ice-cream & Oreo stocked staff kitchen with plenty if nibbles & any leftover pastries, pancakes & fruit got given to us. The place itself was also very beautiful, especially when it was sunny because the sky was always such a deep blue & almost completely cloudless which made the fresh snow beneath glisten flawlessly.

At one point we had a gap without any guests for a few days. Once we had finished turning the house over to a ridiculously perfect standard, we had time to ourselves. Whilst the guests are away we are allowed to use the spa (pool & sauna) as well as the gym & cinema room. We celebrated with a glass of champagne in the pool when the start of our time off

began, as we normally work 7 days away without ever having a day off unless there are no guests at all (& they’d been back-to-back up until this point!).

During this time off (& any few hours we could get once wed finished for the night), we used to go to a bar called Funky Fox in 1650, which was the next resort down on the mountain. It’s the ‘cheap’ bar which is slightly more expensive than the UK but compared to the bars in 1850 is was amazing. It was always full of seasonnaires (people who worked in the Alps during the ski season), rather than holiday-makers but it meant often seeing people we knew. I always remember the cheapest thing to get being toffee vodka shots &, despite being pretty small, they often got a DJ in so it could be a really fun night.

We went boarding for the day & got free hire of equipment locally for working at the chalet. It was soo sunny & hot it was unbelievable, despite the snow, & the mountains were blindingly bright in the sunlight. Snowboarding is so so hard when you first start! It took me 20 minutes to be even to stand up & I genuinely thought at one point that I’d be stuck at the top of the mountain forever. I have useless balance as it is & I must have fallen over about a billion times, but it was a great laugh anyway.

I did manage to make the rookie error, however, of letting go of my board when I unclipped it from my boots to walk across a flat section of the mountain. I realised a fraction

of a second too late, reached to grab it & missed, crawled frantically after it, dodging skiers & boarders wizzing past me at 100 miles an hour, but I wasn’t quick enough. The board wooshed away from me over the smooth, slippery snow & I watched in horror as my board disappeared over the edge of the mountain. My rented board. My rented board I had generously been lent for free, that same day. & I’d already lost it. Shit.

One of the girls who worked in a different chalet had been kind enough to (attempt to), teach me how to board & even trekked to go & get it for me. Over that particular slope, it had dropped onto a sort of sloping ledge & she managed to retrieve it for me, although I think it nearly killed her getting back up.

Clumsiness really is my (possibly only), area of expertise.

You can continue reading about my snowy escapades in Courchevel (March/April).