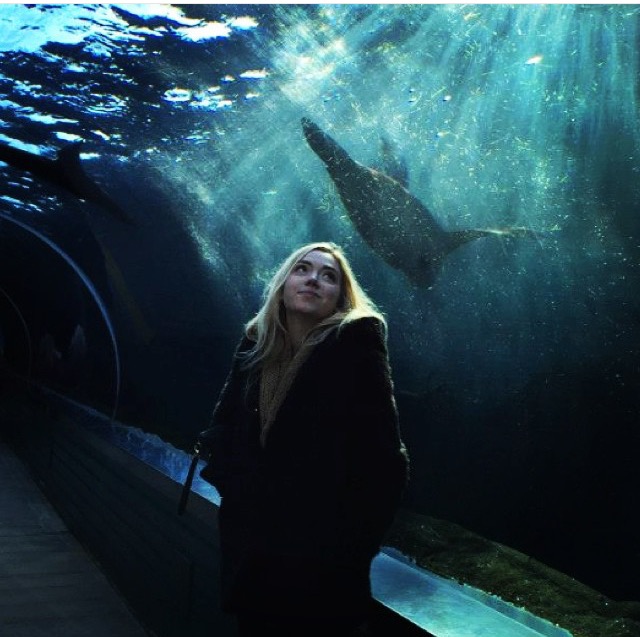 After the most horrendous journey with a certain coach company (in the words of Rhod Gilbert, “we’ll call them Bega Bus, right”), I finally made it to Essex. After a taxi to Liverpool, my coach refusing to let me on in the middle of the night (in the SNOW) & having to join it via extortionate taxi-fare to Manchester, a train journey from London, a twenty minute wait at Southend station whilst my boyfriend, Shaan, ‘just had a quick shower’ & a car journey to Colchester, we finally arrived at our Best Western hotel late afternoon. (Yes, it was as exhausting and long-winded as it sounds).

On a more positive note, the hotel was great. We had a big, comfortable room & large bathroom including a big bath which was a nice extra. On arrival, I did little more than collapse unconsciously onto the squishy double bed. After a well-

deserved nap, we did some googling & planned what we wanted to do over our weekend & where we wanted to go for dinner. We chose wisely. Middleton’s Steakhouse & Grill did an amazing steak (for me), chicken (Shaan) & onion rings (to share) & the restaurant had a really lovely atmosphere with low lighting & candles on the tables.

Being a huge, child-like fan of (many things tbf), Christmas, I really wanted to make our little weekend as festive as possible. Fully prepared (I was an excellent Brownie), I had come equipped with santa hats, festive music &, of course, presents! I had decided on lots of little presents for Shaan, some serious, some useless, some extremely useless just funny, & put them all in a little sack to open one by one. Being sentimentalists, we filmed each other

opening them as we sat on our massive bed in pyjamas opening them like our own miniature Christmas morning. Despite dinner, Shaan was insistent on ordering room-service nachos (so almost sophisticated), delivered by perhaps the most awkward staff-member in the South of England. He was young & very sweet but as I opened the door collect the tray, he tried to walk in to place it on the table round the corner. I had helpfully tried to take the tray from him at the same time. We were then stuck in an awkward hugging position, each encumbered around one side of the tray & now walking backwards, as one, into the room. Shaan, being the ever-helpful boyfriend he is,

was busy hurling condiment sachets at the wall, having just been interrupted mid-battle against myself, & the poor guy didn’t know what sort of realm he’d just walked into. I apologised & gave him a fiver for the nachos which were priced at £4. He actually troubled himself to go all the way back to the kitchen & collect a £1 change & stood bashfully after a tentative knock at our door to return it. Luckily, our condiment battle had now subsided & I told him that I had meant for him to keep the change for himself. I’m pretty sure that just embarrassed him even more. I think a quid was the least I owed him, (although Shaan thought the nachos were a rip-off & has never let me forget that I may him pay over the odds for them).

After our evening of festivities & terrorising staff-members, we headed for a day out at Colchester Zoo. Being a big kid (in many situations), I had an amazing time. But even if you’re a bit more mature than I am,

I think it would still be a great day out. There was something magical about the underwater tunnel as the mystical creatures swim silently through

glimmering turquoise overhead. We went on the little train ride & into the tropical bird house where Shaan couldn’t stop his glasses steaming up & I seriously got the giggles. I got to meet all the penguins which come on a little indoor parade & are super cute. I felt that the zoo was really interactive in the sense that you could get close to some of the animals rather than just looking through bars or screens all the time. For example, I was soo excited to get to feed a giraffe! They also had a little farm area with animals like horses which you could actually touch. There’s also pens of goats which you can walk
through & they run up to you & between you freely which made us laugh a lot. Ah, goats are funny. (I also may, or may not, have tried to climb on top of a freeeezing cold metal elephant statue & got stuck. I’d avoid doing that. But obviously may, or may not, have done that).

On the last day of our little weekend away, we drove to Southend where Shaan lives. He was determined to show me the best vanilla ice-cream (though why you would ever bother with vanilla when there’s so many chocolatey flavours I will

never understand), which, in fairness, was pretty great. Southend was actually much nicer than I had imagined, the sea-front much wider than my own tiny seaside town & featured LA-style palm trees, which I thought looked pretty cool. We had a pub lunch along the front & then headed over to a quieter beach as the sun was setting which was a really beautiful end to our lovely weekend.

I have since been to Essex on three occasions (back to Colchester to stay with a friend, a night out at the infamous ‘Faces’ & a tour of the even more infamous Jaywick of Benefits Street), but this weekend has to be my favourite so far & I’ll always remember as our first weekend away together.