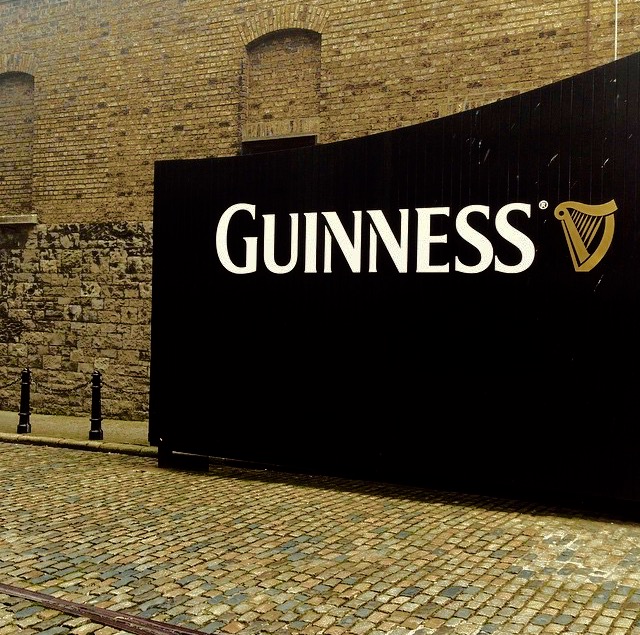 I knew I was going somewhere, I just didn’t know where. My guess was a little B&B not too far away from London & some sort of day out or activity was planned. I guess I should have worked it out when Shaan, my boyfriend, was so specific about what sized make-up I was putting in my hand-bag.

It’s a really strict coach company, something about new security measures. I looked it up earlier. To be on the safe-side, don’t take more than your would on a plane, then you should be fine.

I thought he was being over-panicky, but as he’d booked a surprise for me to celebrate the end of my exams I did as he said to keep him happy.

where we met a coach.
Having left so early, I presumed we would be on the coach for a good few hours & drifted straight off to sleep. When I woke up, the coach was pulling into a coach station where Shaan told me we had to change. Bleary-eyed & confused, I stumbled from the coach & started dragging my case along after Shaan. I saw sign pointing to where the rest of the coaches were, but we were going in the other direction.

Shaan, we’re going the wrong way. Shaan? We need to go this way. Look, that sign says coaches over there but you’re going towards…

I stopped & stared up at illuminated blue sign as we stopped at the mouth of a tunnel which travelers were wheeling their luggage noisily down.

We’re going on a plane! Where are we going? Tell me, tell me!

He wouldn’t & laughed as went into completely awake, full kid-mode & ran after him down the tunnel to the airport.

I knew we were only going for one night, so it wouldn’t be too far away, but I knew exactly where I hoped he was taking me. Still refusing to say a
word (he kept this location a much better secret than our trip to Valencia), we sat down for an early breakfast in Starbucks. On the wall ahead of us, was a big outline of a map of the world, with arrows to where all the coffee beans etc were sourced from. My phone buzzed, revealing I had a series of snapchats from Shaan saying ‘We’re’ / ‘Going’ / ‘To’ & then a picture of the map ahead with a red dot over a very specific place.

Ireland! I was sooo excited! On the way in I’d quickly scanned the departures board & seen flights to Cork, Dublin & Belfast. Not even having a rough flight time to make a guess from, all I could do was hope. I was not disappointed.

We arrived early in Dublin & got transfer to a semi-circle of tall houses around a little park by the canal. We had our own one-bedroom apartment & our lovely host had left a bottle of wine, two bars of chocolate, bread, eggs & cereals so we could relax without thinking about going back out to buy food. Our bedroom had a

comfortable double bed & a little en-suite bathroom. The apartment’s living space was then open-plan, with the kitchen tucked into a corner, a cosy sofa in the centre before a fireplace & a dining table in front of a long, sunny window which looked out across the greenery & canal.

Once we had settled in (aka napped, we had a seriously early start), Shaan presented me with my real surprise, which the whole trip had been based around. It was tickets to the Guiness Storehouse at St James’ Gate (I love Guiness & had been wanting to go for ages). I was so, so happy & we

quickly got ready to go for our afternoon tour. By both downloading the Irish version of taxi apps ‘Hailo’ & ‘Uber’, we managed to get enough free credit by joining up & recommending each other for journeys that we got free rides the whole time we were in Dublin (yay). Using the first of our stealthily acquired taxis, we arrived outside the shining black gates of the Guiness Storehouse. The building is shaped like a glass of Guiness, round all the way up with the glass ‘Gravity Bar’ at the top (more on that later on).

The Guiness Storehouse goes up floor by floor, showing you each stage of the process to make Guiness. They start with the ingredients & demonstrate the methods involved before showing you the advertising &

promoting of the finished product, right throughout the years. There is loads of memorabilia, vintage posters & old adverts as well as a mechanical cycling fish, obviously. The best bit about the tour, however, is the tasting! At the top of the building you reach the Gravity Bar, which is 360 degrees of glass overlooking Dublin in every direction. In the centre is a circular bar serving pint after pint of rich Guiness with a frothy top like

double cream. We tore off the little section of our ticket which entitled us
each to our own fresh pint, & drank it overlooking the views across Dublin.

We had the most perfect dinner out at a proper Irish pub called O’Flaherty’s at The Old Storehouse. You can hear the music as soon as you get to the door & as you

go down the stairs to there are loads of posters & whispers towards the traditional Ireland & Dublin we all imagine. We were seated on a high table in the corner with a great view across the restaurant & of the little stage where a guitarist & a fiddler played off one another energetically & brought the atmosphere to life. The food was also amazing. Shaan had a chicken burger with a special sauce on & I had a home-style beef & Guiness stew with mashed potatoes that I have been dreaming about ever since – proper comfort food! When we eventually left (very reluctantly), we walked around the old squares outside where a man with a guitar was singing to passers-by & we found the little old-fashioned, Aunt Nellie’s Irish Sweet Shop.

We left the shop happy & took our striped bag of joy back to our
apartment. Pairing our sweets with a glass of the complimentary bottle of red wine our host left  us (sorry, sticking to champagne or perhaps
white in emergency instances of semi-poverty), we curled up on the sofa under the duvet.

The next morning I woke up early & the sunlight was flooding in. I was inspired to make a suprise breakfast of poached eggs on toast for us both & play happy morning music as we sat by the window overlooking the canal. After our breakfast we walked into central Dublin & visited the castle. It was a selection of more spread-out buildings which made up the castle across the gardens & there was an official event on that we just seemed to be getting in the way of.

We stumbled upon the Chester Beatty Library, accessed through the castle gardens, which

housed exhibitions of donated collections. There were rare books & artifacts, Japanese & samurai pieces (Shaan was particularly excited by these), & a whole section divided into collections for each of the main religions. We spent a couple of hours browsing the exhibitions (& another hour in the colouring corner – no joke), before we headed out for some lunch. We found a lovely little cafe which housed all manner & varieties of tea along the walls & rested ourselves from all that effort staying to stay within the lines.

Catherdral & enjoyed the view on the grassy grounds before it. It is a very majestic construction which looks more like a story-book castle. We also visited the Town Hall & marveled at the beautiful ceiling which is worth a visit on its own. A deliberate detour through St Stephen’s Green & meant I made it my mission to find as many of the icons shown on the map as I could (we had a time restraint now). Most notably (for me – I’m an English student), was the statue in commemoration of William Butler Yeats. There was also a fountain which kind of looked like it had penises in the middle. That was funny.

It was then time to collect our suitcases & make our way towards the coach stop for the airport. I was inconsolable when we discovered that the adorable bakery we had planned to visit on the way back had closed & endured a sadness that could only be appeased by the giant cookie Shaan then bought me. We just missed the coach (apparently the blame was with me

& said cookie), but got the next one & arrived at the airport in plenty of time. I started to fill dizzy waiting in the queue for so long on arrival & was complaining I needed to sit down & have a drink (I realise this is all making me sound extremely whiny). Anyway, I was thrilled to finally get through & we rushed towards the food outlets. I was told off for stopping for a spray of Gucci (but it was the duty-free section & sampling the perfumes before a flight is like the law), as apparently if I was able to stop to try the cosmetics I should be able to stand in a queue without complaining. In my haste I smudged some random foundation tester over my face & we continued on to have a quick & relatively stress-free flight.

However on arriving home my face began to feel quite hot & stinging, which I attributed to invisible sunburn. Shaan insisted even my ghost face couldn’t burn in the exposure we’d had that day. But when I took my make-up off my face was bright red & the skin was rising roughly all over. An allergic reaction to the foundation. The foundation I didn’t check the brand of so have no idea how to prevent this happening again.

As guide to help you envisage how bad my face looked, I knocked on the bedroom door of my flatmate to ask for some ibuprofen in hope of reducing the swelling (she’s a nurse, she sees shocking things on a daily basis), who shouted “Holy shit!” the moment she opened the door.

Anyway, besides my (very temporary – I’m back to ghost-pale), facial catastrophe, I have sunny, warm & beautiful memories of my suprise trip to Dublin & my first experience of wonderful Ireland.